How do you differentiate between a car enthusiast and a car collector? It’s tough because one inevitably leads to the other - once you own a classic car, you’ll purchase more without meaning to. It just happens. The difference that truly defines the collector, is having a hit list of desired autos and systematically acquiring them. It takes a special kind of cash flow to achieve those goals. Enter the uber-rich classic car collector and their mega garage.

Top spot has to go to Jay Leno, retired Tonight Show veteran and owner of some 150 vehicles, all registered and legal to drive. Leno himself maintains the cars and motorbikes in his collection, assisted by a small team of mechanics. It takes a massive space to accommodate that amount of vehicles, so the garage is located in a series of large hangars at the Burbank Airport. NBC has produced a series on the contents of Leno’s garage, gaining cult status on YouTube.

Above, left: Leno with his original 1963 E-Type Jaguar Coupe. Right: Leno’s 1969 Lamborghini Miura S, the original supercar and the McLaren F1 which can reach a top speed of 240mph.

Jerry Seinfeld, stand-up comedian and star of the eponymous TV show, owns a huge garage in Manhattan, where most people couldn’t afford to park even one car. The incredible subterranean space has three levels with an on-site clubroom and fleet management team. Jerry owns 46 Porsches and his collection has boasted a 959, the 1955 550 Spyder, and the first 1963 911 ever made. Jerry has made another hit show "Comedians in Cars Getting Coffee", each episode featuring a drive with a celebrity revhead. Look for it on Netflix.

Ralph Lauren knows a thing or two about style. Each of fashion designer's 60-plus vehicles rests on a stainless steel counter, illuminated by a halogen lamp. Lauren grew up dreaming of owning classic cars and now that his status as a fashion icon is confirmed, he can mix his two loves. Lauren's Fall 2017 Fashion show was presented inside his two-storey New York garage, with models strutting their stuff amongst the designer's jaw-dropping collection.

Yet another comedian with a penchant for classic cars, Rowan Atkinson of Mr Bean and Johnny English fame has a deep appreciation for automobiles - though you won't find him coveting Jerry Seinfeld's Porsche collection! Atkinson has a thing for Rolls Royce, McLaren F1 (his favourite) and rare finds like the Jaguar MK7. Atkinson buys cars that he loves and holds on to just a few favourites, regularly selling off those he doesn't drive. After fighting local council for years to build a mansion complete with underground garage in the Cotswolds, Atkinson recently forfeited the property in a divorce settlement.

Rowan Atkinson crashed one of the crown jewels of his collection: the McLaren F1, not once but twice!

With an estimated net worth of $550 million, it's no surprise that Simon Cowell has a number of $1,000,000+ vehicles in his extensive collection. The entrepreneur, critic, TV producer and talent show judge loves Jaguars, Ferraris, Bugattis and even Range Rover SUVs like the Autobiography which goes from rest to 60 mph in 6.4 seconds. That said, he still likes to feel the wind on his face and he has been spotted riding a Vespa more than once!

Want to keep your vehicles protected by a reliable garage door year upon year? Check out Garador's range. 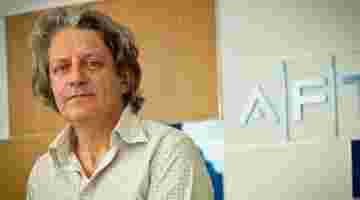 From a Garage to $66 Million New Zealand Business

While starting a company with just $50,000, from your garage, may seem a typically Kiwi thing to do, it is much less often that it results in a multi-million dollar business. However, that is how AFT Pharmaceuticals started in 1997 - in chief executive Ha

You might be surprised to learn which world famous companies and brands began life in the garage of their founders. Michael Dunlop takes you through the top 10 garage start-ups. 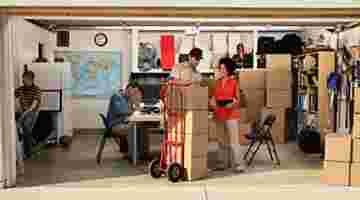 Do you yearn to start a business but lack the funds to take the leap? Sometimes, a disadvantage can be turned into a strength - Read on for 10 reasons to start your next business in a garage: