From Humble Garage Beginnings to New Zealand and World Domination

Eight Global Companies that started behind a garage door.

Do you have a business idea? A hobby that you can see turn a profit one day, or an invention ready to explode onto the world stage with a just a few tweaks? Here is inspiration from companies that began with an idea, and progressed to international success.

It’s almost incredible to think that one of the world’s most recognised brands, in daily use by a huge percentage of the population, started in a garage in California!

The first Apple computer was developed in 1976 by a youthful Steve Jobs in his parents’ garage. From that humble beginning, Apple is now at the leading edge of technology and style, with a whopping 1 billion devices in active use around the globe. There were 232 million iPhones sold in 2015 alone.

Steve’s dreams, drive and partnerships have changed the way we interact on a daily basis.

Way back in 1939, a mere 10 miles from the spot that Steve Jobs began his garage-to-global-domination journey, young Stanford graduates Bill Hewlett and Dave Packard launched Hewlett-Packard Co. with an investment of just $538. In a 3.6 x 5.5m garage at the back of their rented house, they created an audio oscillator, an instrument that generates one pure tone or frequency at a time. HP oscillators were used to design, produce and maintain telephones, stereos, radios and other audio equipment. Today, HP produces more than 10,000 different products and is best known for its line of LaserJet and DeskJet printers.

That California garage was used as a research lab, development workshop and manufacturing facility for nearly a year before HP outgrew it. Today, the garage is a private museum and is known as the birthplace of Silicon Valley.

After failing to attract enough cash to be worth selling their “Backrub” technology, Stanford Grads Larry Page and Sergey Brin rented a garage from a friend and developed the phenomenon we now know as Google. Backrub investigated how sites linked back to other webpages. Page and Brin soon realised that helping people to find more webpages with credible links was an effective way to search the internet. This Backrub idea was definitely worth developing, but the name had to go!

From a small garage, the world's most famous search engine began and the company grew to launch Gmail, Google+ and the love-it-or-hate-it Google Glass. Now the guys spend their time on other innovative technologies like self-driving cars and artificial intelligence. So don’t be surprised if there is a Google Robot with a Backrub function out there before long!

In a time before garages were even relevant due to the lack of cars, William Harley and his friend Arthur Davidson, started building a motor-bicycle in their friend’s 3m by 4.5m wooden shed in Wisconsin. From a blueprint drawing in 1901, the bike was in production for public sale by 1903 and the company quickly grew, incorporating family members as employees.

As time passed, more Harley-Davidson bikes were sold and races won until, in 1908, the first police duty motorcycle was issued.

Over a century later, Harley-Davidson is still the most well-known motorcycle brand in the world, the epitome of cool, coveted by celebrities and the average Joe alike.

In 1994, a time when e-Commerce was an exciting revelation, Amazon.com was founded as an online bookstore. At the beginning, it was completely created & run out of a garage in Bellevue, Washington. Amazon sold their first book in July 1995. From those meagre beginnings, incredible success ensued. The business now sells a huge array of goods as well as their own line of electronics - notably the Kindle - and has become the second largest online shopping store in the world.

In 1923 Walt and Roy Disney created their first film in their uncle's garage. They started by making "Alice Comedies," which were a part of the original Alice in Wonderland series. Walt’s undeniable talent and business savvy saw the company grow to dominate animated film-making for many years.

Walt’s fantastical idea of a park "like nothing else in the world” has become one of the world’s most loved theme parks, another incredible success that has prospered long after his death in 1966.

Disney is still one of the most popular media houses in the world and is the top name in producing cartoons, children's movies and animated films.

Mattel began as a picture frame company in 1945. Harold “Matt” Matson and Elliot Handler made their frames from a garage in Southern California. To get the most out of their materials, they started using frame scraps to create doll’s house furniture. Soon the doll house gear was selling better than the picture frames so they turned their focus to toy making.

In 1959, Ruth Handler invented the Barbie doll, named after her daughter, Barbara. Barbie became the company's best-selling toy ever and was followed in the 60’s and 70’s with talking dolls and Hot Wheels cars, which are still hot today!

Mattel, Inc. is a household name and is still the highest-grossing toy company in the world.

Every computer user knows who Microsoft is. But what you may not know is that it began in a small garage in Albuquerque by Bill Gates and his friend Paul Allen. Their first operating system was licensed for $80,000. Their special talent was taking existing technology, adapting it to a specific market, and then dominating that market through innovative promotion and cunning business savvy. Some years later they developed Windows. Today, Windows is the most widely used software in the world and Bill Gates is one of the most successful entrepreneurs of the 20th century.

If all that has your enthusiasm awakened, read our next article on 8 New Zealand businesses that also began in a garage… 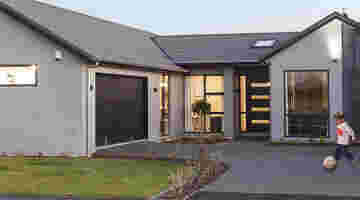 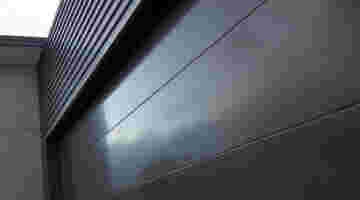 Garador Garage Doors are Proudly Made in New Zealand

If you value shopping local, you’re in the right place! 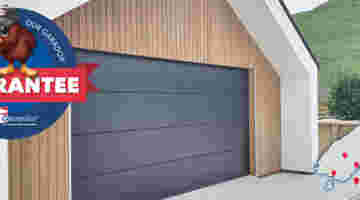 Kiwis have relied on Garador for the last 50 years and we want you to know you can rely on us through these unprecedented times.